We use cookies.   We want to make our websites more user-friendly and continuously improve them, ensure optimal performance and analyze user behavior. Google marketing products are only used if you click on "Agree". You can find further information and decision options in our data protection and cookie information .
Continue without Google Marketing Products
Agree

According to the latest report on biodiversity from the United Nations World Biodiversity Council, around one million of the earth’s estimated eight million animal and plant species are currently threatened with extinction.

This mass extinction of species is devastating our planet – and this time around, mankind is a decisive contributor, having accelerated the extinction rate by a factor of 100 to 1000! It’s not too late for us to fundamentally alter direction. But this will require radical change at all levels of society from the local to the global.

FACING EXTINCTION is an art installation with a twofold aim: on the one hand it allows us to experience the wonders of nature, on the other it confronts us with some uncomfortable truths behind the images. In one moment nature shows itself in all its beauty and diversity, while in the next it literally dissolves before our eyes. Suddenly, artificiality and algorithms penetrate the natural – representing the rapid technological progress that has not only contributed to the catastrophe, but has also facilitated its concealment. At the conceptual heart of this art installation lies the parallelism of nature and culture, the juxtaposition of technology as both a cause of harm and a chance for change.

The project follows in the tradition of the “Racing Extinction” series projected onto iconic buildings such as the UN headquarters and St. Peter’s Church in the Vatican. This installation for the I.G. Farben Building at the Goethe University is the first project of its kind in Germany.

FACADE PROJECTION ON THE TOPIC DYE OF SPECIES

More than 30,000 animal species are currently threatened with extinction! This installation aims to wake up the audience and activate them to act.

Abstract animations and evocative sound break up the contemplative images and increase into a dynamic, gloomy image collage 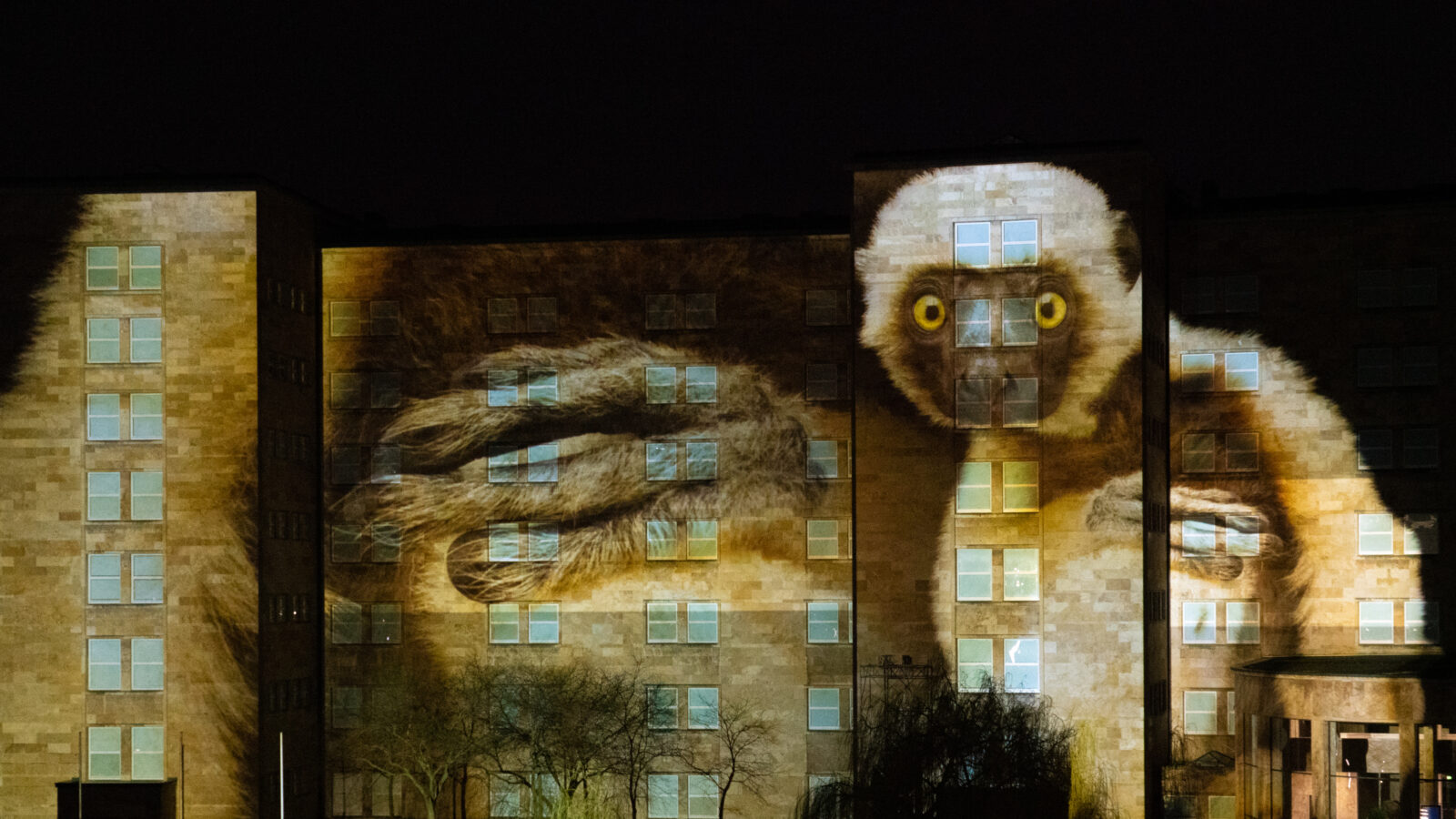 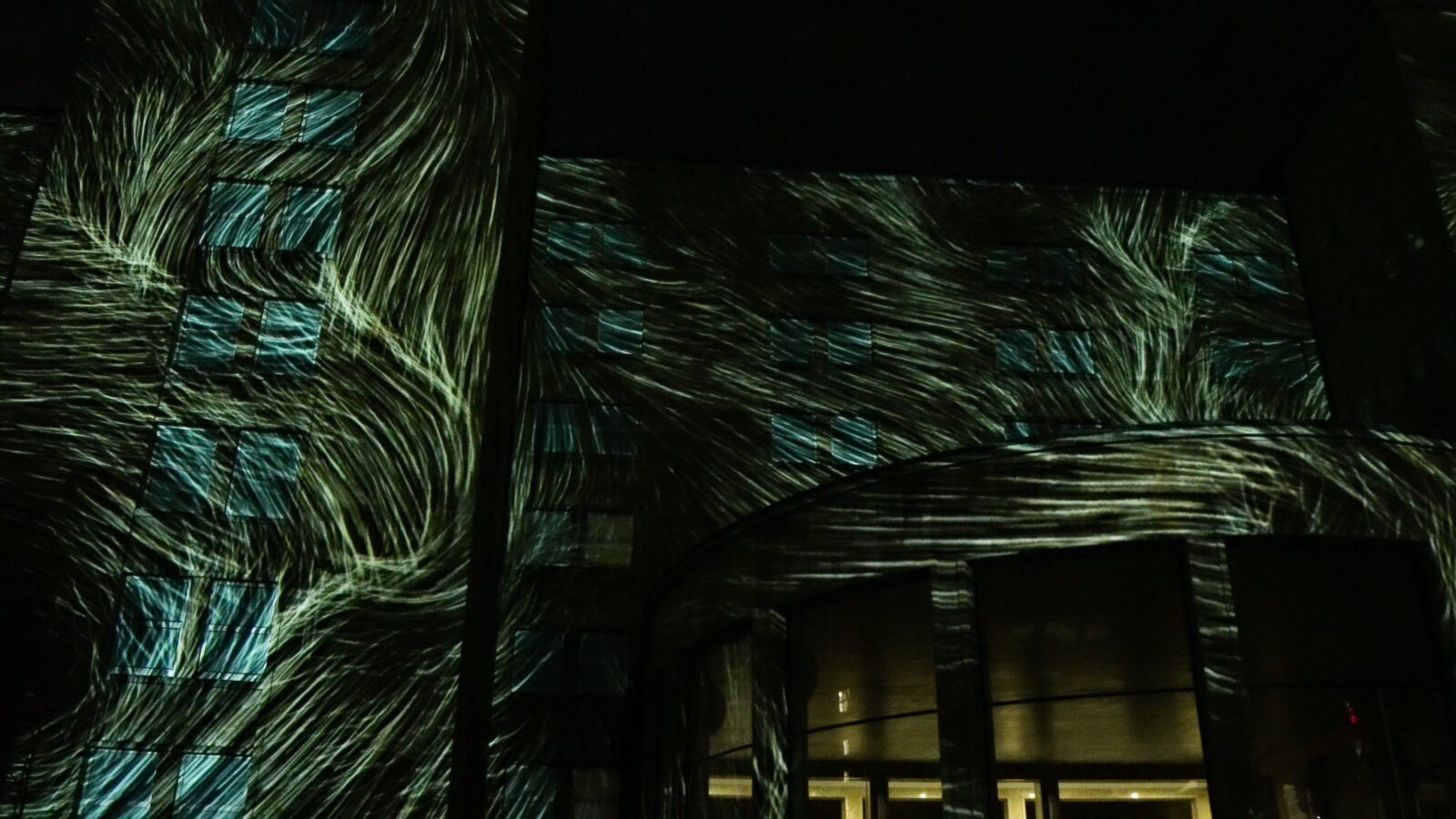 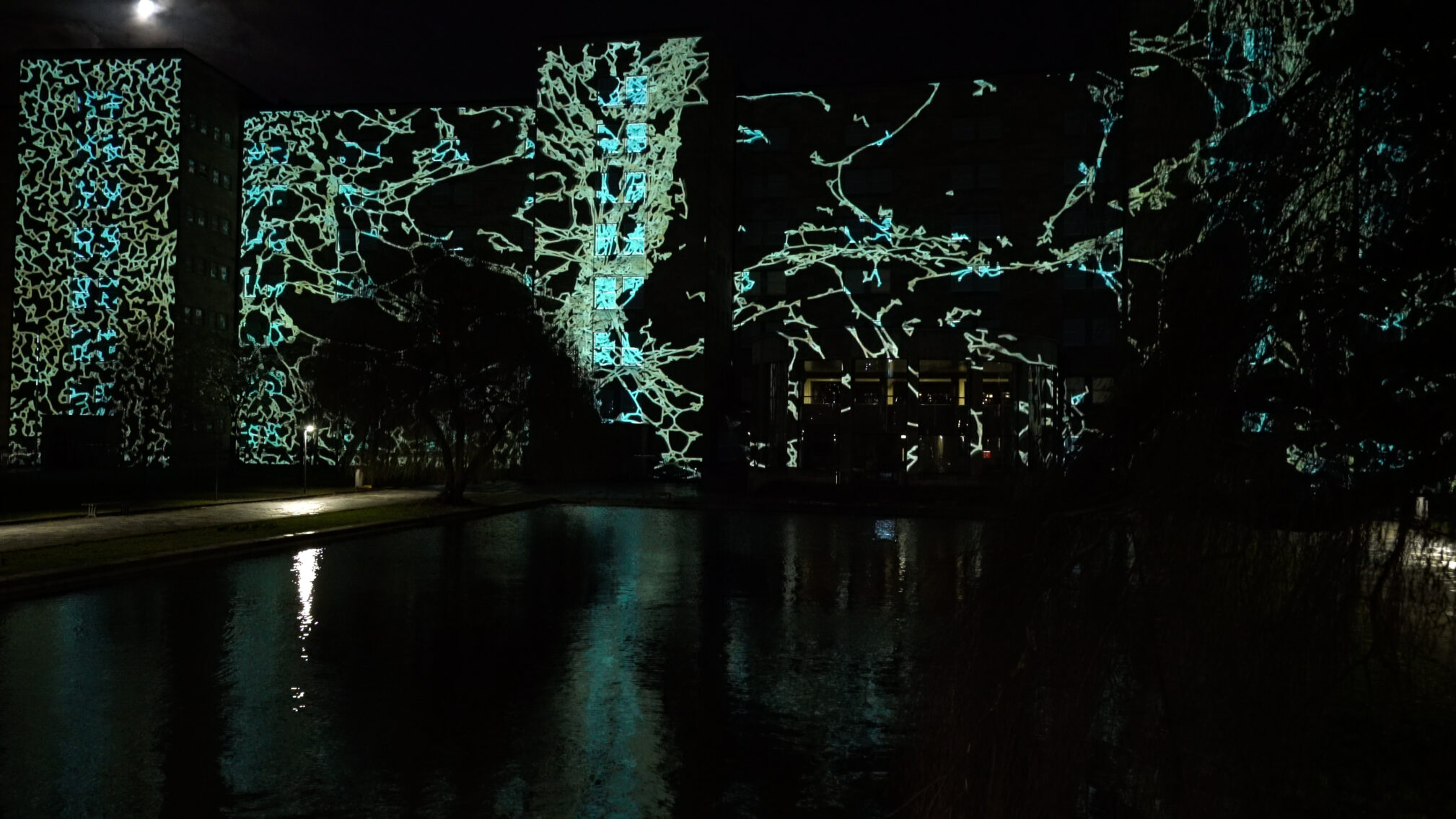 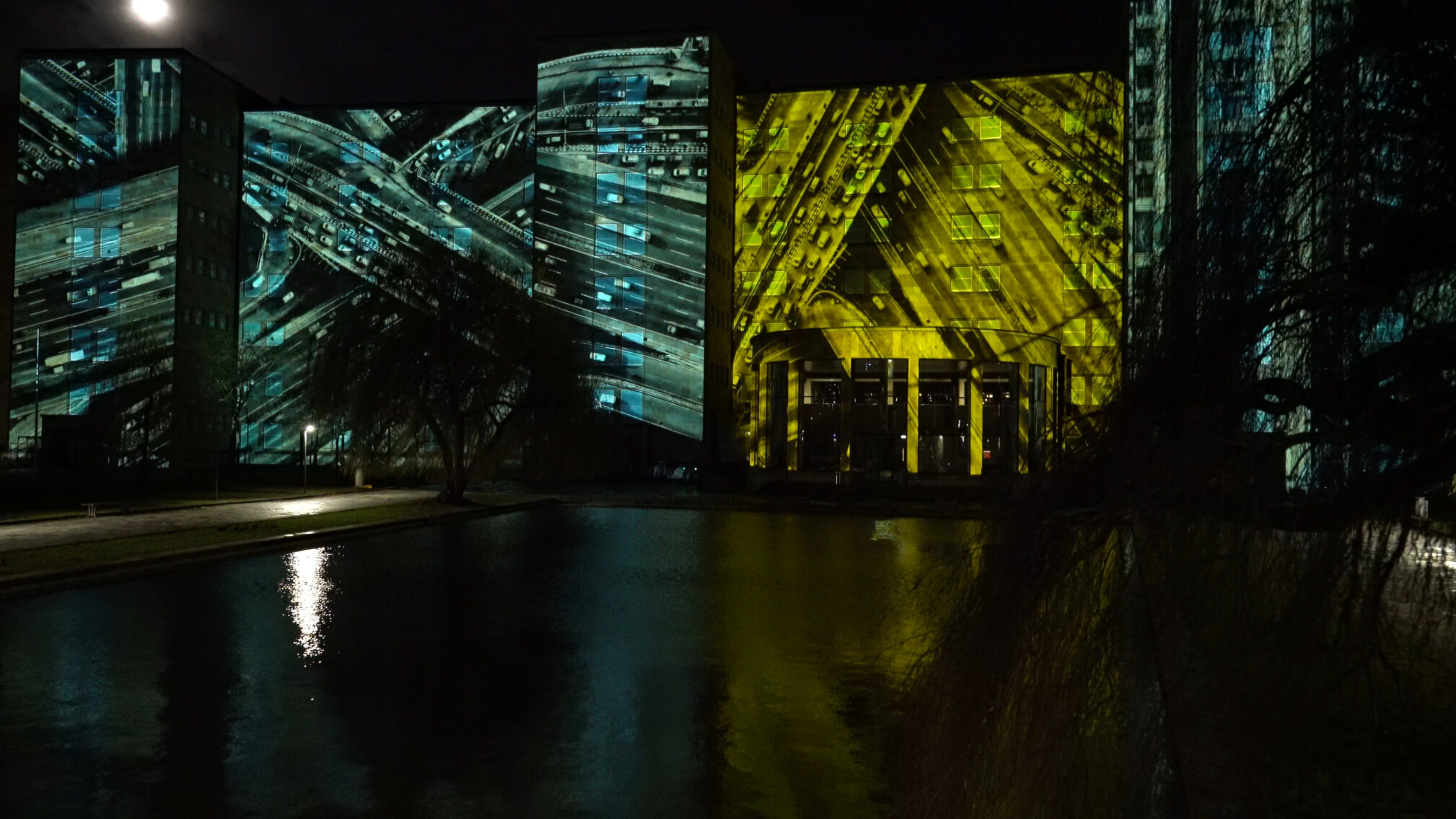 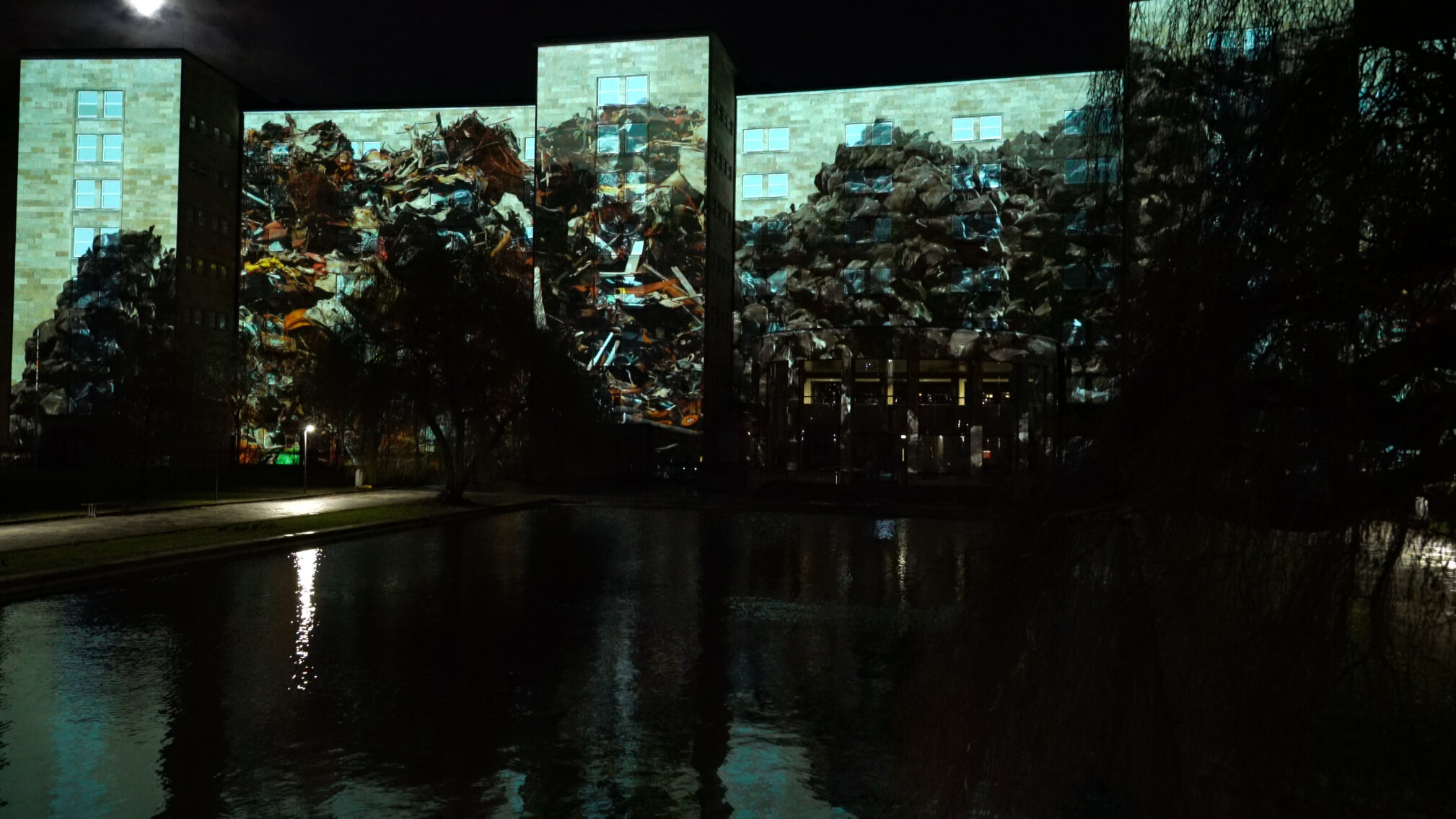 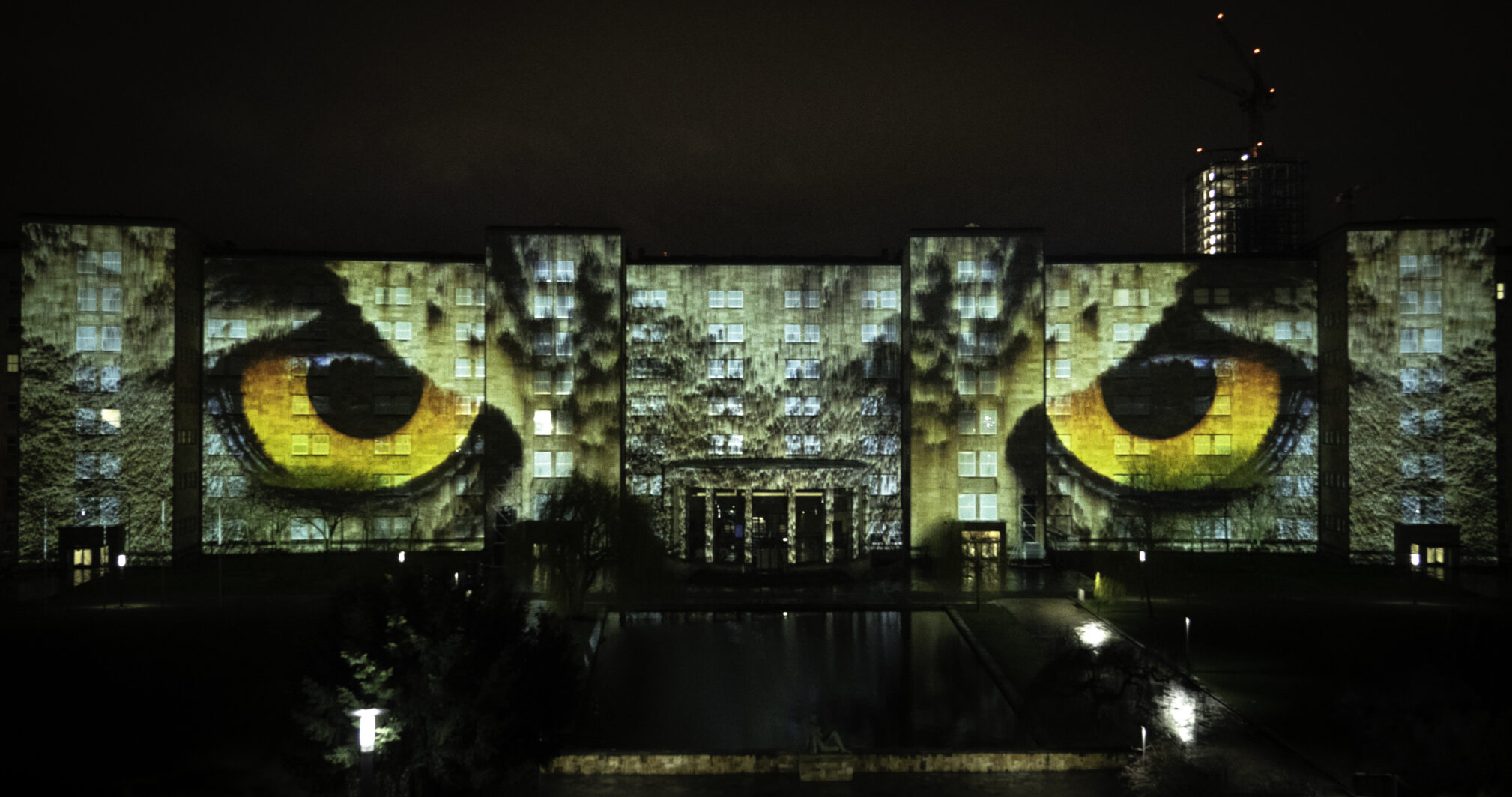 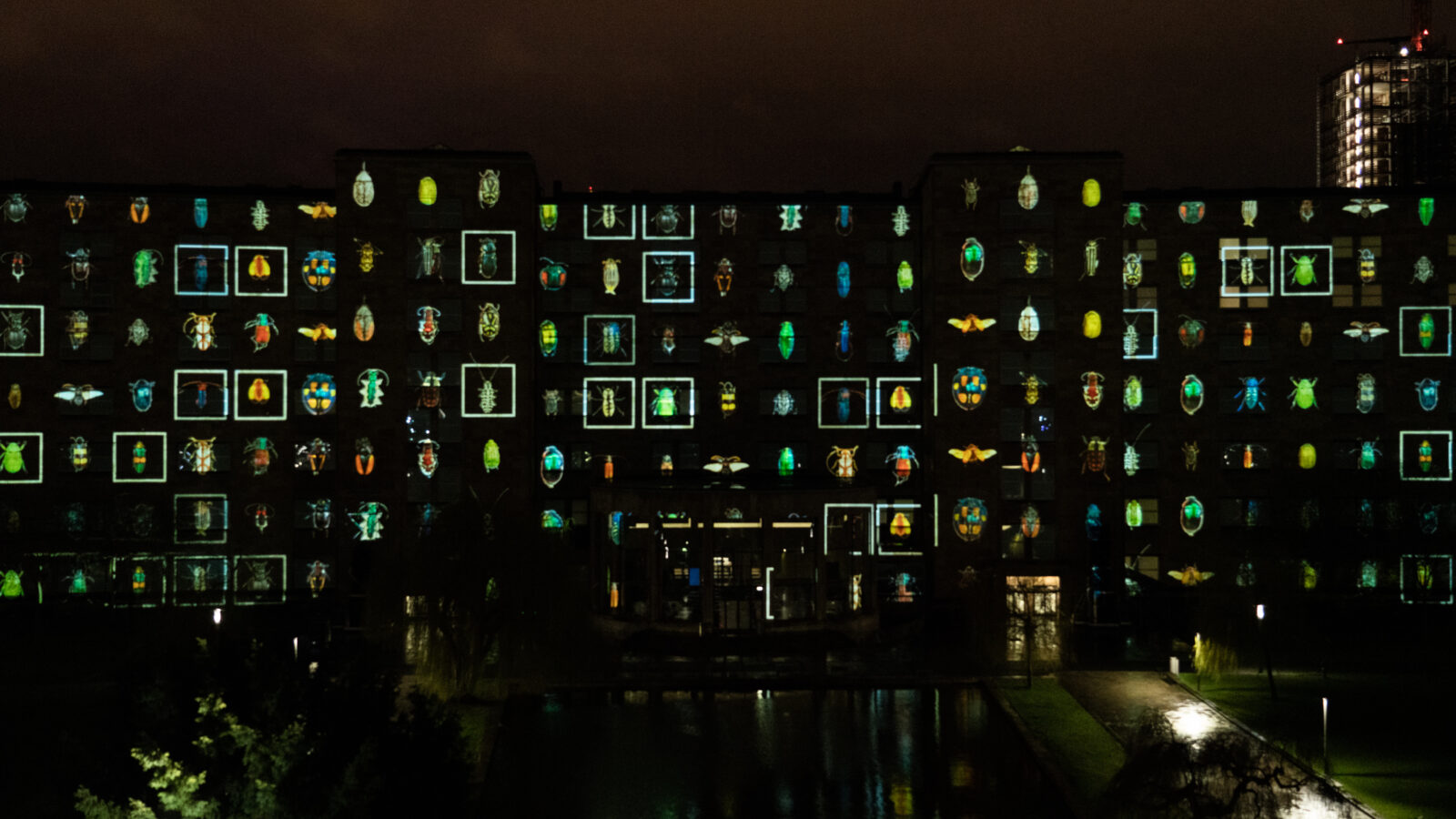 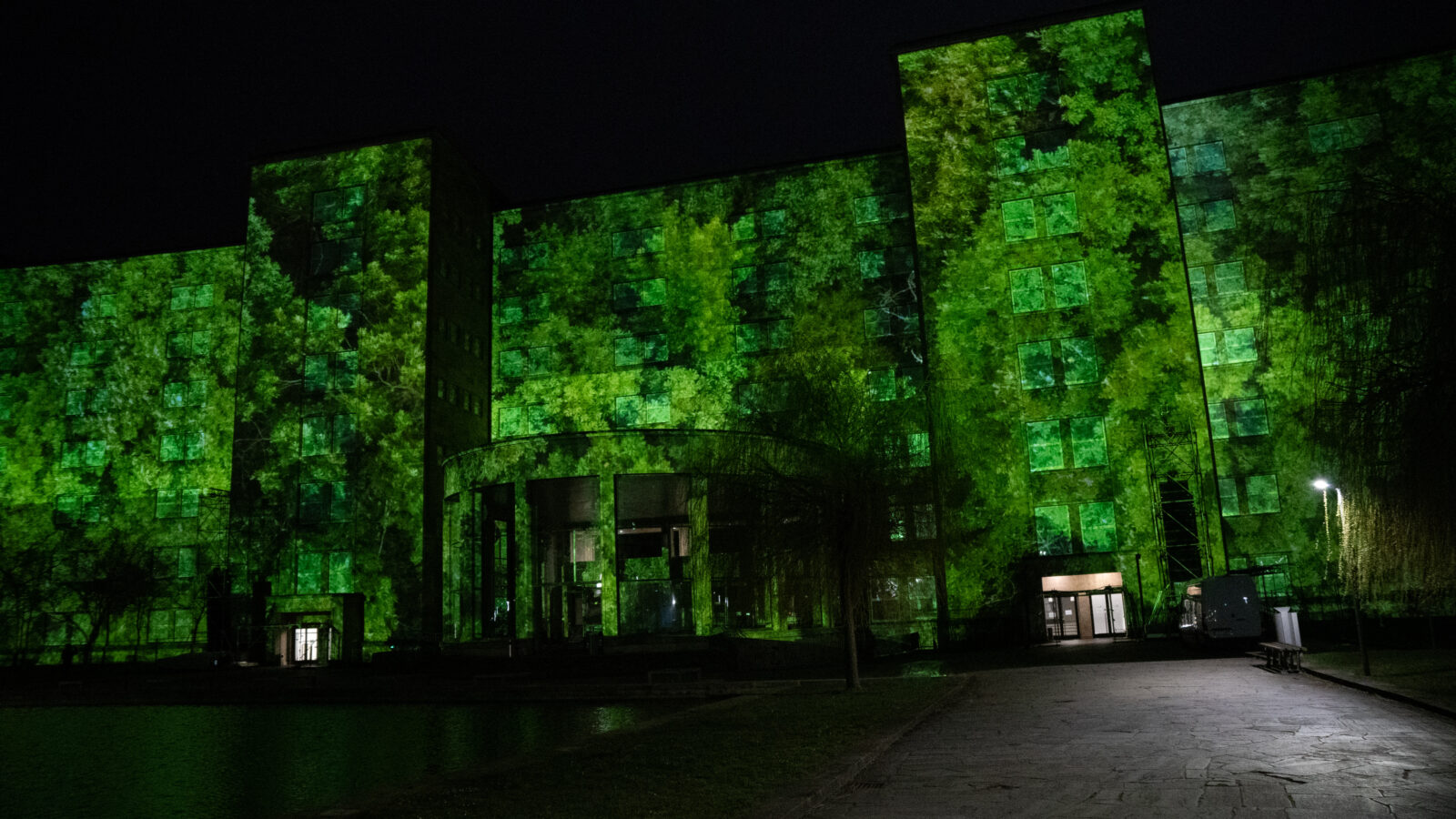 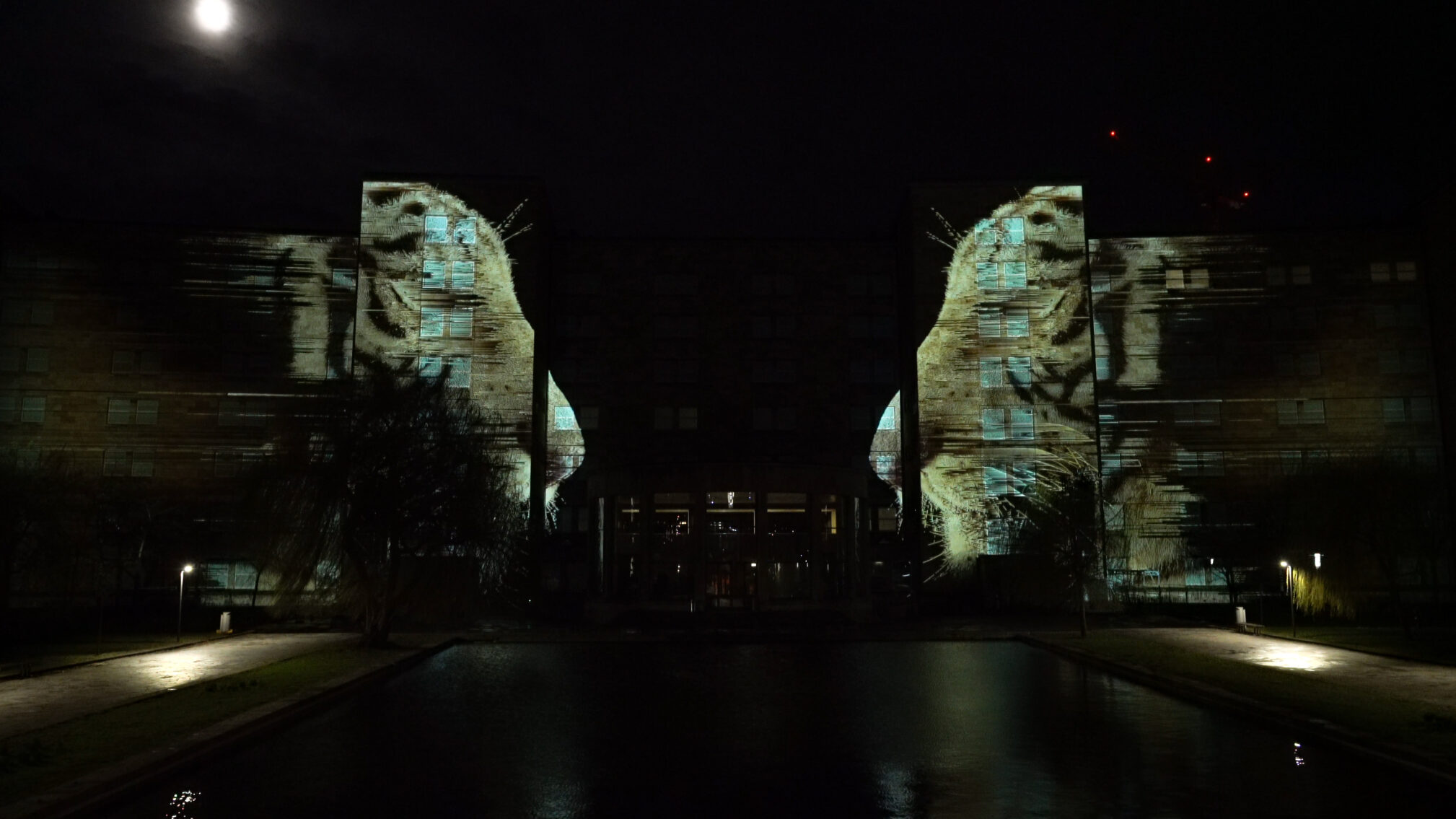 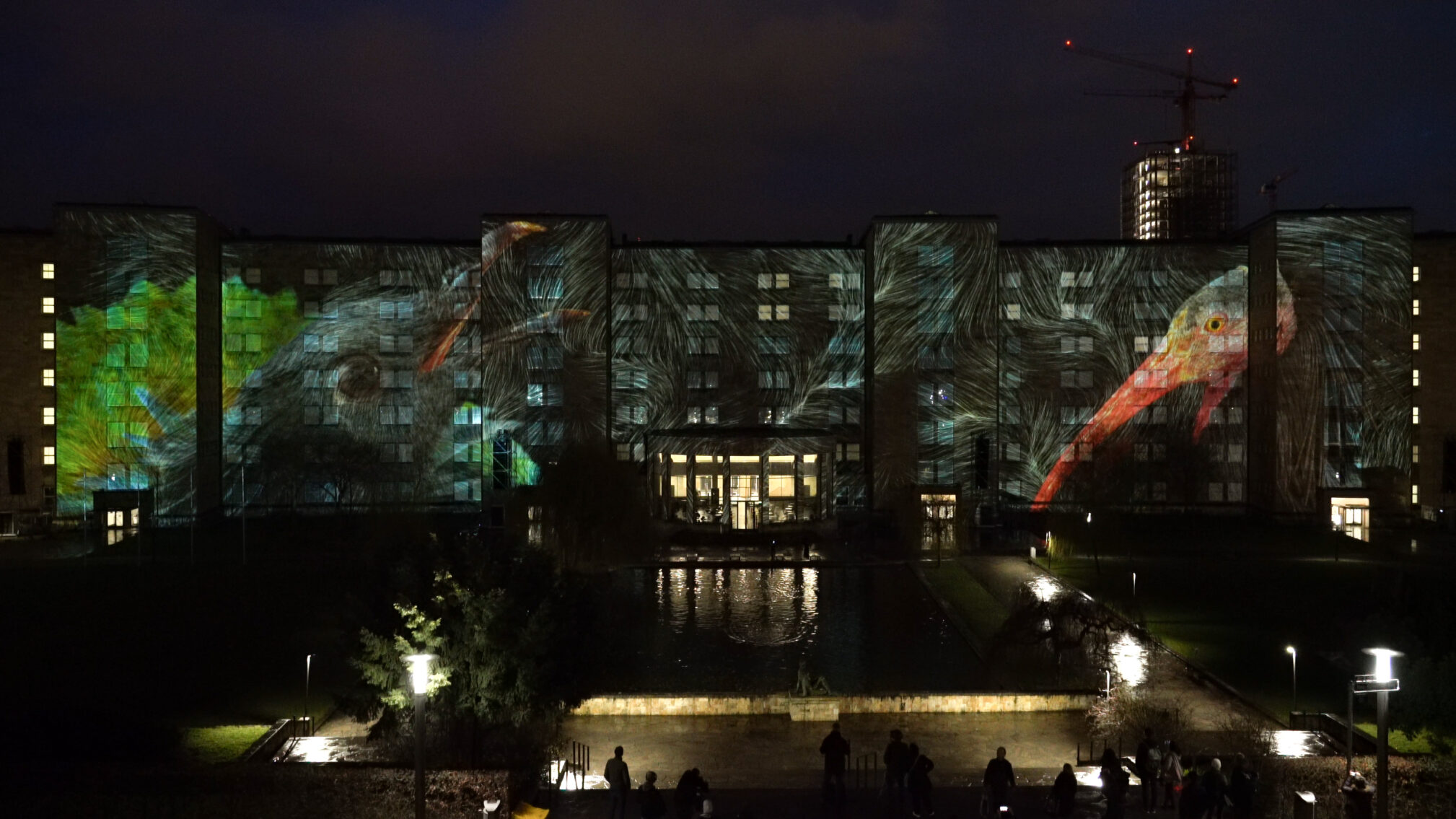 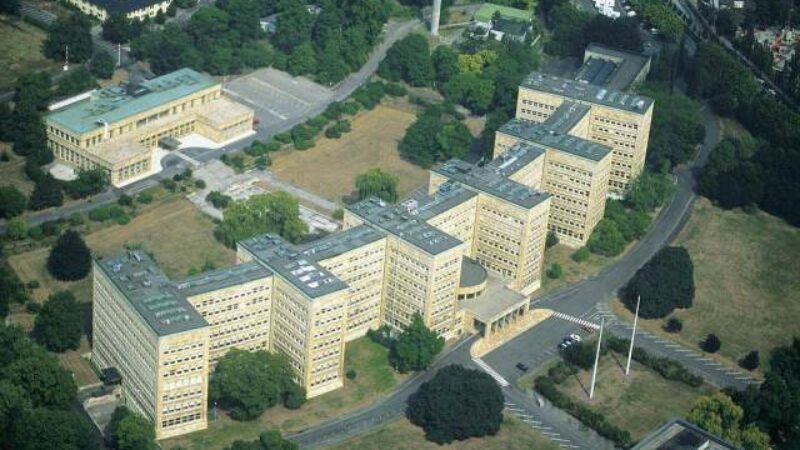 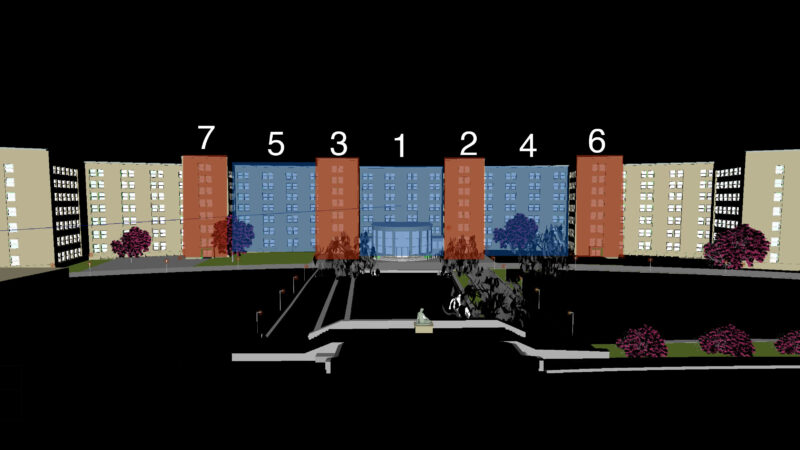 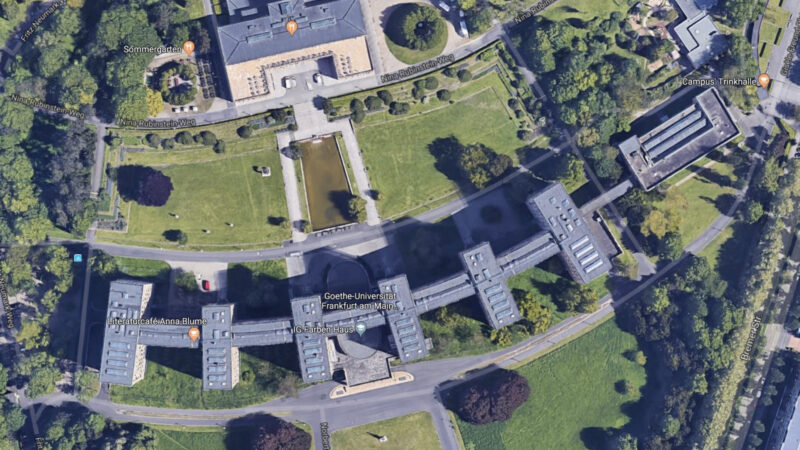 Due to Covid, the festival was canceled on the opening day. Thanks to the documentation during the test setups, we can at least show the entire length of the installation online.